Berti is one on the main companies in the national and international sector of wooden flooring. The Berti family, the founders of the company, Mr. Giancarlo and his wife Rosanna and their sons Mattteo, Andrea and Massimo were always very careful to the evolution of the market. Berti floors is an excellently finished wooden flooring, 100% Italian and with a large variety of styles.
Cesare Berti was born in 1910 at Villa del Conte, in Padova Province. At 12 he was already working as a carpentry apprentice, and in 1929 he established his own business starting with a small carpentry shop.
In 1958, Cesare’s sons, Giancarlo and Silvano, established “P.B. Parchettificio Berti “, which in the beginning had more than 100 employees. It is the first company in the sector to have adopted computer-controlled lines to select the wooden flooring. The company follows the evolution of the market and of the new technologies. In the beginning, the production was oriented towards making customized designed flooring, with geometrical patterns inspired by the flooring of the old Venetian villas or of other artistic buildings. Later on, due to adopting the laser cutting technology, in 1988, the innovative inlaid flooring production started. Still in 1988 the name of the company was changed to “Berti Pavimenti Legno”.
In the 90s, the production requirement was on the rise, and certain works became outstanding on their prestige alone, such as the Kremlin Palace and the Windsor Castle.
In the 2000s, the market directed to pre0finished products and thus a massive change of the production lines started with purchasing four new production lines. In 2002, large semi-finished product production started and 2004 saw the purchase of three machines for pre-fabricated inlaid wooden flooring.
The new pre-fabricated slab collection was presented at Domotex Hanover in 2019. An authentic revolution for wooden flooring transforming the classical concept into a modern solution, bringing in a fresh breath of innovation and intelligence on the wooden flooring market. 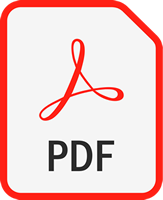